The Timber Creek Athletic Department is excited to announce the TC Alumni of the Month spotlight for this month. The purpose of this program is recognize former student athletes of Timber Creek who achieved success whether it be in education, athletics or in the professional world.

For the month of September, we would like to recognize TC Alum and former student athlete: 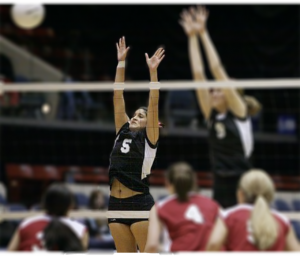 Years at Timber Creek: 2005-2009
Graduation Year: 2009
Sports Played: Girls Volleyball
Position Played: Setter
Favorite Coach: Coach Allen Rubenstein (Ruby)
Favorite Teacher: Mr. Skinner
Special Memories of Timber Creek: Winning the 6A State Championship in 2008, as well as going anywhere with the volleyball team, whether it be the Tampa camp, away games, State Championship tournaments, and of course the pre-game meals we had before every home game!
College: Embry Riddle Aeronautical University (Daytona Beach Campus)
Degree: Aerospace Engineering
Current Career:  Mechanical Engineer at the Kennedy Space Center (NASA)
Highlights:
Holds record for most career aces with 232 and most aces in a season with 70 in 2008.
Played four years of collegiate volleyball at Embry Riddle.
Made it to the NAIA National tournament in three of those years.
Won the Sun conference four years in a row.
Named Setter of the Year in the Sun Conference four years in a row.
Ranked third in the country in assists per set her junior year.
Graduated in December 2013 with a Bachelor’s in Aerospace Engineering.
Started working for Jacobs at NASA in January 2016.
Got a handsome mini aussie named Sergio in 2016.
Been traveling around the world (Spain,France, England, Canada, parts of the USA, and next on the list is Germany!!!)
Future Aspirations: To have a house full of kids, and dogs, to travel lots, and to hopefully be on the control center team that launches the first female astronaut that’ll land on the moon. 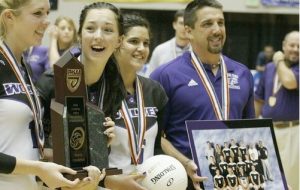 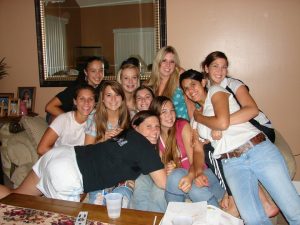 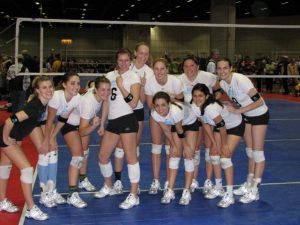 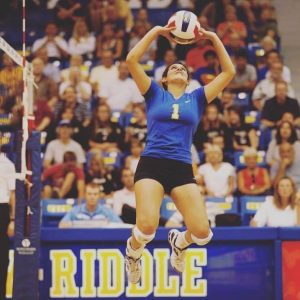 We are super proud of you Adriana and all that you have accomplished – good luck to all your future endeavors!