The Timber Creek Athletic Department is excited to announce the TC Alumni of the Month spotlight for this month. The purpose of this program is recognize former student athletes of Timber Creek who achieved success whether it be in education, athletics or in the professional world.

For the month of March, we would like to recognize TC Alum and former student athlete: 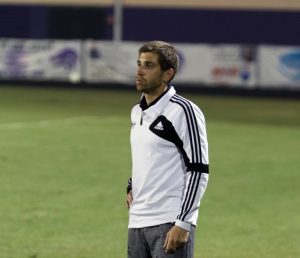 Graduation Year: 2007
Sports Played: Football, Volleyball, Soccer, Tennis
Favorite Coach: Matt Aliberti
Favorite Teacher: Jim Buckridge
Special Memories of Timber Creek: There are many great memories. I will always remember football Friday’s where a group of teachers/admin would make about five or six of us a huge lunch. Mr. Wright (former Principal) was my wolf dad and Mrs. Marlow (school secretary) was my wolf mom. I was definitely spoiled every Friday during the season with food and gifts. I am forever grateful for what those two did for me during my four years.
College: The University of Findlay
Major: Digital Media
Current occupation: Teacher/Coach at Timber creek
Any special highlights/awards:
As the placekicker at The University of Findlay (Ohio), I was a four-time all-conference and honorable mention all-American on the football team while at Findlay.

I was named the head boys and girls volleyball and head girls soccer coach starting in the 2012-2013 school year. I spent seven years as the head girls’ volleyball coach, reaching the regional playoffs six times. I won district titles in 2014 and 2018. My team also reached the regional finals in 2014 and regional semifinals in 2018, as well as a metro conference championship in 2018.

As the boys volleyball coach, I won district titles in 2015 and 2016, with metro conference championships in 2014 and 2015. I currently have a record of 147-47 through seven seasons as the head coach. In soccer, I stepped down this season as the girls coach after three regional appearance, 2 metro championships and a district title in 2015. Most recently, as the volunteer assistant coach in 2019 with UCF volleyball, I won the 2019 American Athletic Conference title and made it to the second round of the NCAA tournament.

I enjoy learning from many different coaches, teachers and administrators while at Timber Creek. I am also very thankful for everything the administration did for me during my time in high school and everything they continue to do for me as a teacher and coach. Timber Creek has always been a school where a positive family culture has been the center of the success of Timber Creek. That culture continues to this day. It’s a very big reason why I came back to coach and then take a position as the teacher for Wolf TV. 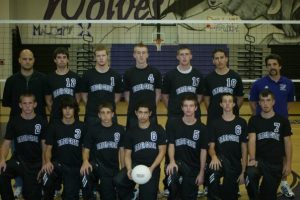 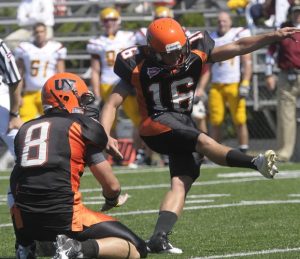 We cannot say enough about Coach Stevens and the impact he has made on the Timber Creek Athletics program. We were blessed to have him as a student athlete and we are thankful he is still an integral part of our faculty and athletics program.