After facing their first defeat last week to Winter Park, the Wolves look to bounce back this week against a Cypress Creek team that has yet to beat them dating all the way back to 2005. With Luke Johnson back in the quarterback rotation, Timber Creek was able to go back to some more versatility throughout their offense, which is something that has been consistent for the team throughout the year.
There was no loss of morale for the Wolves following last week’s loss as they came out with intentions to finish this game early as they would force a three-and-out on the first drive (and it would be far from the last), which was aided by a Jaden Diaz sack on second down. Then on their next possession, Timber Creek would only allow 3 yards before forcing a punt and responding with a 36-yard rushing touchdown by Jonathan Cabral on the first play of their drive. Cypress Creek would not be given an opportunity to answer with their own touchdown as they fumbled on the return, leading to a 13-yard touchdown reception by Ethan Varnedore from Luke Johnson. However, the Timber Creek defense continued to make it look easy out there as Jaden Diaz found himself getting his second sack of the quarter, essentially killing Cypress Creek’s drive and setting up a 35-yard touchdown reception by Raymonti Goodson to end the first quarter. In the second quarter Ethan Varnedore connected again with Luke Johnson for a 40-yard touchdown reception and Adrian Florez would score on a 30-yard rushing touchdown to put the Wolves up 35-0 as the defense continued to do their thing. In fact, the defense continued to make it difficult for Cypress Creek to get any good field position to score, let alone acquire first downs. A sack by defensive lineman Timothy Scott put an exclamation point on this dominant first half effort by the Wolves’ defense. Then after 2 weeks of the Wolves playing in highly contested games, this week they went back to a running clock for the remainder of the game, which meant there was not as much action or opportunity for Cypress Creek to come back. Despite this, running back Malik Tyrell took his increased workload in the second half as a chance to shine, as he ran for over 10 yards on 4 different plays in a single drive and capped off that drive with a 1-yard touchdown to extend Timber Creek’s lead. That drive would take nearly the entire third quarter, then in the fourth quarter it would be defensive back David Sebert to haul in his first interception of the season and energize the Wolves’ sideline yet again. Timber Creek saw this as another opportunity to find the end zone and they did, as Ethan Varnedore would score another touchdown (his third of the night) off of a beautiful pass from Trey Woodson that would total out to be a 91-yard touchdown, one of the best plays of the night. The score would go to 49-0 as time expired and the Wolves would end their regular season with a record of 6-1 as they look to go for a deep playoff run starting next week against Colonial, who they defeated early this season.
Top Performers:
Jaden Diaz: 2 sacks
David Sebert: 1 interception 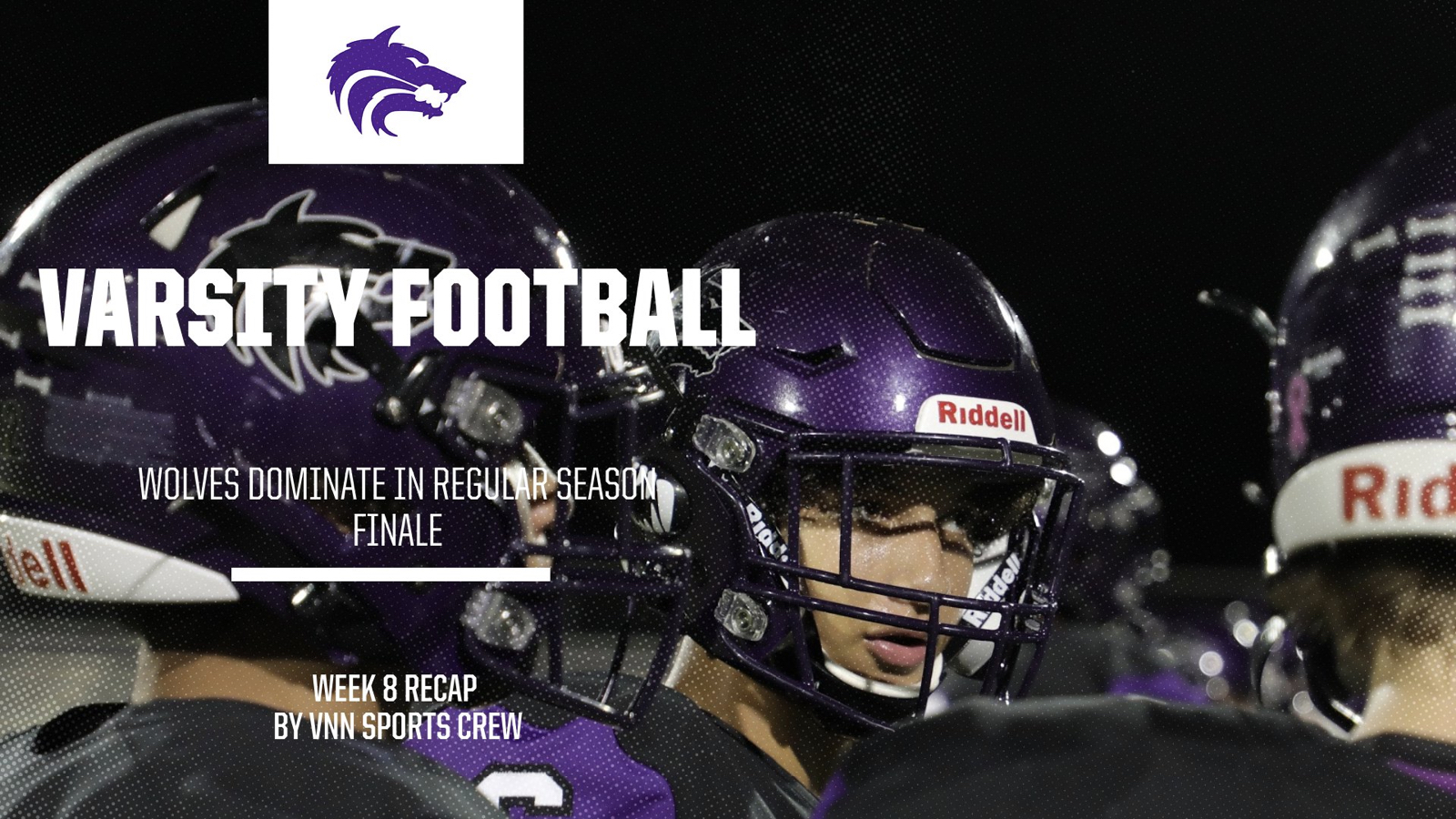